Editor’s note: This is the ninth in a weekly series of blog posts by Steven Axelrod, a writer reflecting on Leo Tolstoy’s epic masterpiece, War and Peace, a monumental journey of a novel that he has embarked on completing this winter. 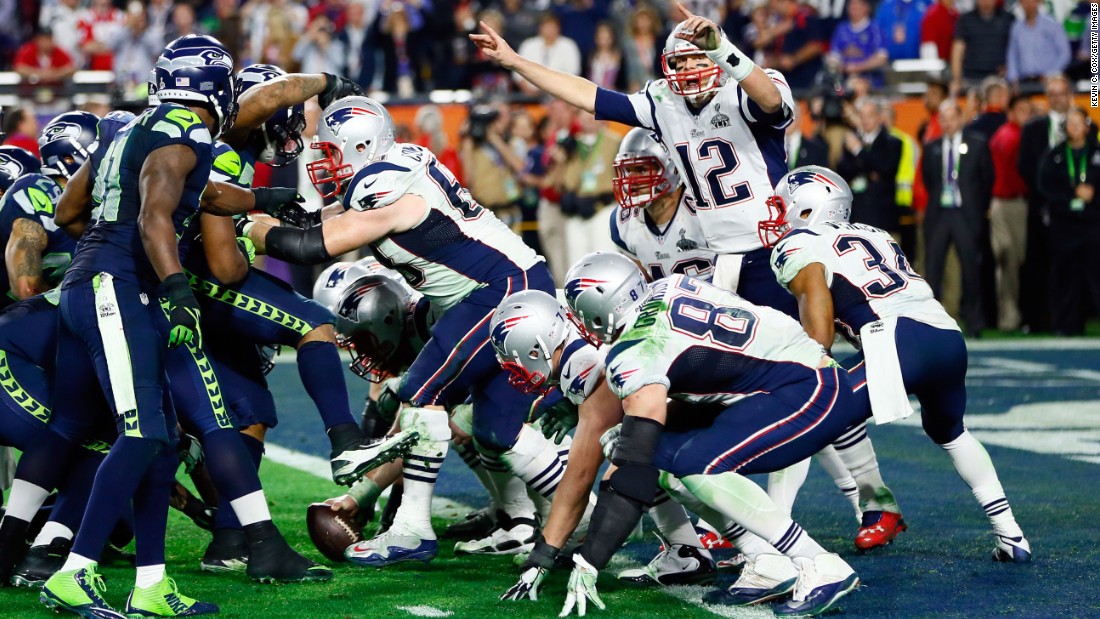 When I started watching the Napoleonic Wars unfold in Part Two of Tolstoy’s epic novel, I felt as baffled as a Buddhist monk at the Super Bowl.

It was all cheering crowds, bad weather, troops lunging at each other in the churning mud, jumping into piles, inching forward, defending territory or taking it while frantic older men paced the sidelines, shouting orders and having those orders changed on the fly by the commanders in the field. The only thing missing was the cute puppy and the Clydesdales.

And of course, the reason for all the excitement. I suppose the Buddhist would have serenely ignored the game and meditated; I didn’t have that option. I was drawn into the world of professional football by my wife, and after my first season of watching the New York Giants, right up to the thrill of the 2000 NFC Championship game, and the agony of the Super Bowl, I began to understand why she loved the game, with all its strange contradictions: the four-hour contest decided so often in the last few seconds, the powerful titans in high-tech armor who could prove so heartbreakingly vulnerable, the bludgeoning power of the offensive line and the elegant grace of the running back slipping through the gap that line opened up. The meticulously engineered pass play; and the moment of sublime physical improvisation when the play goes wrong, the pass is tipped and a player on the other team snatches that split-second opportunity out of the air and runs the ball back for a touchdown.

It also helped that I was beginning to grasp the rules—the on-side kick and the safety, the screen pass and the touchback.

The same thing started happening with War and Peace. I began to see the shape of the battles through the smoke, and the moments of human decision and nobility in the chaos. The central movement in this section of the book is a retreat: Kutuzov trying to move his army on the front lines back to meet his advancing troops from Russia, before the French can cut them off.

In this rush and disarray of battle, Tolstoy isolates a few heat-lightning illuminations of the moral landscape:

Between the squadron and the enemy there was now nothing but some small patrols, They were separated by an empty space of some six hundred yards. The enemy stopped shooting and that strict, menacing, inaccessible and elusive line that separates two enemy armies became all the more clearly felt.

One step beyond that line, reminiscent of the line separating the living and the dead, and it’s the unknown, suffering, and death. And what is there? Who is there? there, beyond this field and the tree, and the roof lit by the sun? No one knows, and you would like to know; and you’re afraid to cross that line, and would like to cross it, and you know that sooner or later you will have to cross it, and find out what is on the other side of the line, as you will inevitably find out what is on the other side of death. And you’re strong, healthy cheerful and excited, surrounded by people just as strong and excitedly animated. So, if he does not think it, every man feels who finds himself within sight of the enemy, and this feeling give a particular brilliant and joyful sharpness of impression to everything that happens in those moments.

While the soldiers ride the adrenaline spike, the general scheme behind the lines, and sometime the schemes go wrong. Reading about General Murat’s second con-job, a clever replay of the lie which stopped credulous Austrians from torching a vital bridge, I couldn’t help thinking of Pete Carroll’s second trick pass play, the one that lost him Super Bowl XLIX a few weeks ago. I understood what he was doing. The same fake had worked so well earlier in the game, when he switched an obvious field goal attempt to an audacious touchdown pass just before halftime.

The French try something similar, using the same trick that saved the bridge they needed in an earlier skirmish. For this attempt, General Murat tells Kutuzov’s officers that he has been authorized to discuss a truce, but both armies must call a timeout and remain in place until the officials can arrive. It’s a tactical blunder, based on bad information. He thinks most of the Russian army is waiting for him, and he’s buying time to get the rest of his own battalions from Vienna. The trick backfires because he could have overcome the exhausted residues of Kutuzov’s army easily, and possibly won the war that day. Instead, he grants Kutuzov the chance to complete his retreat and connect the two halves of the Russian army.

Good thing there was no instant replay, no blogs and no Twitter then. Murat would have been crucified by the fans.

Did Murat feed their horses, too? Go big or go home! #dumpmurat

Then there’s talk radio, another source of misery Napoleon never had to deal with. I can just hear it:

“Yo, Mike, longtime first-time listener. I gotta say, what’s up with this Murat? Huh? I mean you got an army that can barely stand up and you just let them go? This guy has no killer instinct, am I right? You got your foot on their throat, you go in for the kill. That’s how we do it in Jersey.”

Well, they’ll be second-guessing Murat’s decision for centuries. But the rear guard action it precipitated allowed for some remarkable and heroic decisions, as the men entrusted with the battle on the ground started calling audibles on the line of scrimmage.

I’m thinking of one man in particular, artillery officer Tushin, a small, balding, ineffectual little person who more or less singlehandedly saves the entire Russian army. Ignoring the retreat orders he sets his four artillery pieces on a commanding hill and holds off Murat’s forces with a continuous barrage of cannon balls. Finally he has to flee and he loses two of the big guns in the process.

After the battle he is called into the tent of Prince Bagration and scolded for losing the cannons. Why didn’t he take any of the covering troops to protect the essential weapons? Well, because there were no troops. But Tushin is too cowed by authority to defend himself.

It falls to Prince Andrei to defend him:

“Your Excellency, you were pleased to send me to Captain Tushin’s battery. I was there and found two-thirds of the men and horses killed, two guns crippled and no cover at all. And if your Excellency will allow me to voice my opinion, we owe the success of the day most of all to the operation of this battery, and the heroic endurance of Captain Tushin and his company.”

Tushin is thrilled, but the event is one more disappointment for Prince Andrei. Whether he’s rescuing innocent women from mindless bullying soldiers or saving harried commanders from the tantrums of their superior officers, war seems little more than a chaotic jumble of confused impulses and arrogant blundering—not the noble cause he signed up for.

And then there’s Nikolai Rostov, badly wounded and profoundly terrified in the heat of battle. For him, war is turning out to be something much worse. Something grotesque and brutal and most of all something absolutely indifferent to the significance and value, the needs and desires, the life and well-being of anyone on the battlefield, including Nikoli Rostov. War is no crusade—it’s elemental force, like the ocean, and whether he survives this typhoon or not has nothing to do with virtue and everything to do with luck.

As for me, I’m finally engaged with this particular conflict, just as I finally got caught up with the symbolic warfare of the NFL, trick plays, audibles and all.

The NFL season is over. But I suspect It’s still pre-season for Nikolai and Andrei.