Notes on the Rule of Three 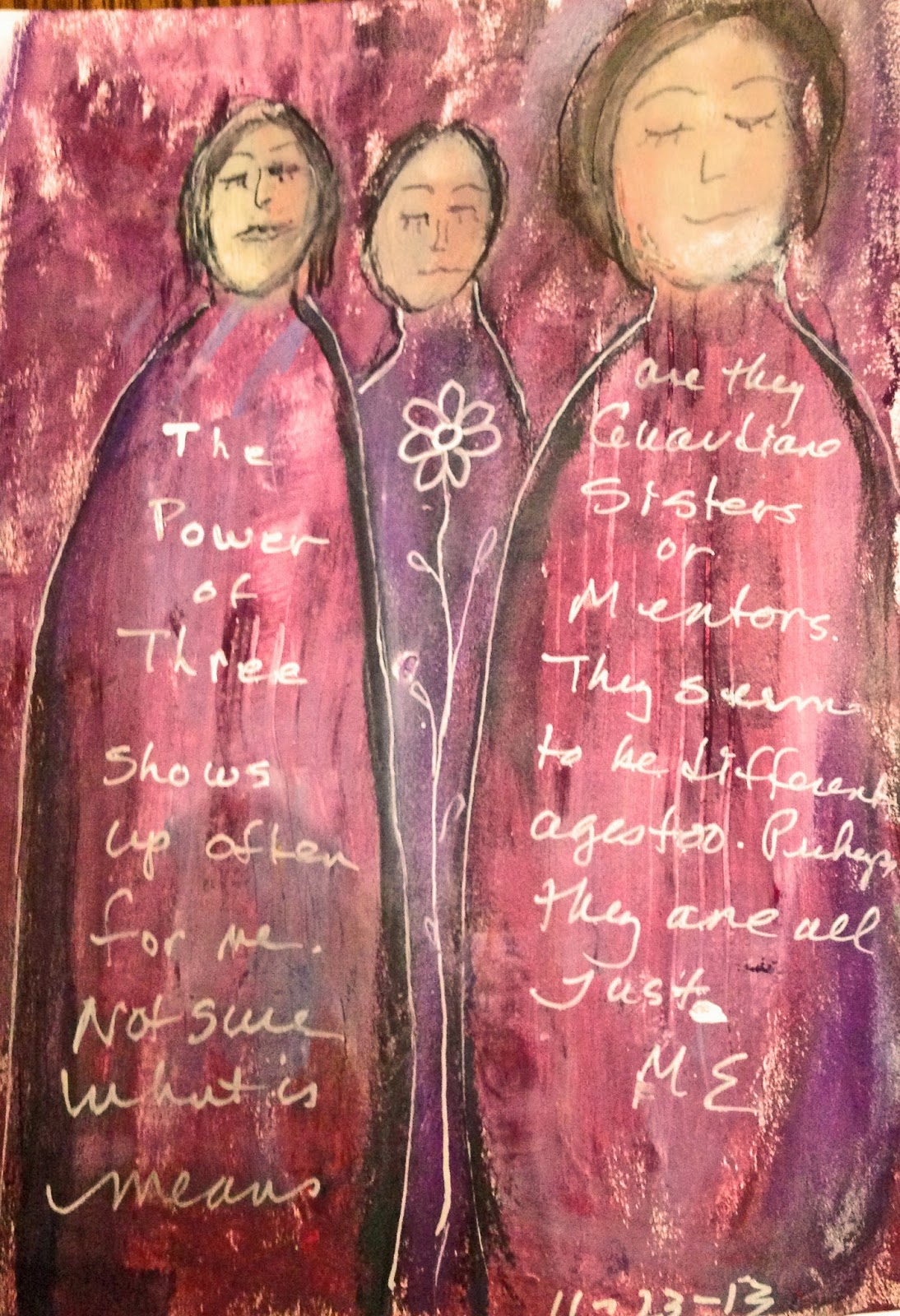 Writers are taught there is magic in the number three: your play needs three acts, your joke needs two priests and a rabbi, and your storybook needs Three Little Pigs to be complete. If that book was called The Forty-Seven Little Pigs, I guess there wouldn’t be much of a story at all because on page two, when the wolf knocks on the first door, dozens of pigs would run out and pile on the wolf until he bled to death. End of story. And the list goes on: Two Musketeers seems so hopeless and lonely, Two Kings showing up at the manger doesn’t make the baby Jesus feel all that important, having a menage a quatre feels way too complicated, and a movie with Thirteen Stooges — well, that just seems like way too many Stooges.

So yes, it seems there is power in the rule of three, when it comes to writing.

When someone writes a novel, it is definitely cause for celebration. But what if he or she completes a trilogy of novels? Is that worthy of even more celebration? And is the feat of writing a trilogy different than simply writing three books in a row? These are some of the questions on my mind as the third book in my own trilogy comes out this month. Lots of people (okay, a few people, and my mom) have been saying to me, “Congrats on the trilogy!” but it’s hard to respond because I feel like that’s a loaded word, trilogy. It’s a word stuffed with noble purpose and merit. It’s a word that evokes epic adventures that couldn’t possibly be contained within one book. And to paraphrase the great Inigo Montoya, it’s a word that probably does not mean what we think it means. 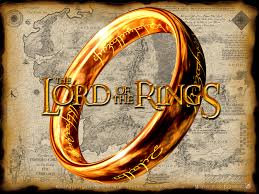 Even the most famous literary trilogy of all time, The Lord of the Rings, wasn’t written as a trilogy at all; Tolkien saw it as one enormous, sprawling work of six sections and five appendices, but paper shortages after World War II split it into three books instead.

I certainly didn’t set out to write a trilogy, either.

The idea of a trilogy is nothing new: ancient Greek drama festivals often showed plays in threes, such as The Oresteia. The old masters like Bosch and Rubens painted in tryptychs (literally, “three-fold” in Greek) and Wagner’s opus The Ring of the Nibelung is also considered a trilogy; it’s clear artists and writers have always created works where three different parts add up to a unique whole. But recently, the idea of a trilogy has come to be more of a marketing strategy: I mean, why have people buy one book or movie ticket when you can get them to buy three? Anyone who has seen the first two films in the Peter Jackson’s Hobbit “trilogy” can clearly see the padding and stretching of Tolkien’s original (and rather slim) stand-alone novel. And you only have to name a superhero from any 1970s comic book to know there is already a trilogy of movies about him. (Okay, apologies to Aquaman.) In the case of the recent Spiderman and Batman franchises, one trilogy wasn’t enough, so now we have a second, and I’m sure we’ll soon be promised a third, with new actors and new product placements. A trilogy of trilogies! We are so lucky.

Sometimes it feels like a trilogy and a franchise are considered the same thing, and for a Hollywood producer, I’m sure they are words used interchangeably. If you think of yourself as an artist, however, they can’t be the same thing. Your work shouldn’t be described in the same way we describe McDonald’s, or Home Depot, or pro football. I certainly didn’t write a franchise of novels; but of course, I am guessing J.K. Rowling and George R. R. Martin didn’t set out to write literary franchises, either, but they sure have become them. A franchise denotes action figures and backpacks and video game adaptations and eight-year-olds dressing up as your characters for Halloween. Franchise is what happens to your trilogy after someone else figures out how to make money from it. Which begs the question: if you’re an artist and you’re already imagining your trilogy as a franchise while you write it, then are you an artist in the first place?

A rule of thumb: if you dream of kids dressing up as your characters for Halloween, your books are not going to be that good.

So what makes a true trilogy, or triptych? Just putting three books in the same commemorative box can’t automatically make something a trilogy. I don’t think you can label something a trilogy or a series just because there are shared themes, or even shared characters; if that were the case, Woody Allen would basically be credited with one really long, complain-y movie, and David Sedaris would be the author of one really long, really complain-y book. No, a trilogy should be a true arc, not some cobbled-together afterthought. It may be as simple as Aristotle’s mantra for a good story: it must have a beginning, a middle, and an end. It should have a rise, a peak, and a fall. (If you went to grad school, you remember it as conflict, crisis, resolution.) A trilogy should feel like the pieces, put together, add up to something different and more satisfying than the three pieces by themselves.

The word that comes to mind is organic.

I guess you could say my trilogy started with a single line: “I am a girl who knows her way around a motel.” From there, it grew into a short story called “Motel de Love No. 3,” about a couple who are stuck in a North Dakota motel. It reminded me of the New Testament story of Mary and Joseph, no room at the inn, drummer boy, you know the one. It got published in Quarterly West in 2002, and for years I didn’t think much of it. Then about five or six years later I re-read that story and started getting curious about the rest of the story. So I found the copy of the Bible I had stashed somewhere and got lost reading. Suddenly I saw a much larger story possible, and I started to look for the edges.

Here’s the important thing for writers: you do not tell a story how long it is going to be. The story tells you. If you feel like you have a three-hundred page novel inside you but it keeps coming out as a thirteen-page story, listen to the story. And if you are writing a thirteen-page story for your fiction class and you get to page thirteen and you haven’t even introduced the characters yet, listen to the story. It’s telling you, follow me. It’s saying, don’t try and fight me.

Basically the story is saying, take it or leave it, asshole. (Asshole is optional, but that’s what my stories usually call me.) I published the first book in my trilogy, Nazareth, North Dakota in 2011 with Atticus Books. “Motel de Love No. 3” had stayed pretty much the same, and became the first chapter of the book. Apostle Islands followed in 2012, but writing that felt much easier because I knew the story now, I knew the characters, and I had more confidence in getting them where they needed to go. Now with Armageddon, Texas, the final book in The Messiah Trilogy, I felt like I had to do something different, but at the same time deliver a story connected to the first two books. I hope I’ve done that.

Listen, no writer sets out to write a trilogy. You set out to write, and then someday maybe the trilogy finds you. That’s what happened to me, anyway. If you start a project and you’re already seeing the action figures and product tie-ins, then maybe you’re not into it for the right reasons, and you’ll probably be disappointed. Writing three books is fucking hard. Writing three books that somehow work together is even harder. There were times in writing my own trilogy that I wanted to give up and just write something, anything else. Sometimes you feel like you’ve stretched that story too thin and now you’re staring at a blank screen that’s supposed to be Book Two or Three and you want to call the publisher and say, forget it. But you don’t. You keep going, not because you’re brave or valiant or any of that nonsense, but because you have no choice. That’s where the real writing happens, I think, when you have no place to go. Good writing should be painful, and hard.

The question I get the most now is, what do you do now? What are you going to write after completing the holy trifecta? And I’d be a fool to answer like I know, because the more you write the more you realize you rarely choose the story you’re going to tell (for a refresher on this, see section II, above.) I feel safe in saying it probably won’t have dragons or Jesus in it — but I also know as soon as I say that, I’ll be writing something new and sure enough, suddenly Jesus will storm in, riding a dragon. Or something like that.

Besides the sacred rule of threes, writers are taught that sometimes the best resolution is, not having any resolution at all. You leave the ending up to the reader, let them figure it out. Your last page is messy, not wrapped up with a nice, neat bow. That’s the way I feel about the ending I put on the last book I wrote, Armageddon, Texas. Maybe because when you leave the ending messy, it’s easier to start the next thing. Having Jesus and a dragon may have helped, too.

First image: The Power of Three by Kate Robertson, Queen of Creativity