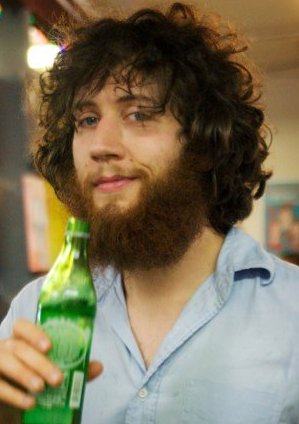 KENSINGTON, MD — If the literary world had a pin-up calendar, the 27- year-old Colin Winnette would grace its pages. The former American Short Fiction “Mr. January” joins the Atticus roster as the independent press’s first signed writer for 2013.

A former bicycle repairman and bookseller, Winnette is completing his MFA in creative writing from the School of the Arts Institute, Chicago. Fondly explores what Winnette calls “the creative impulse, what it means to make, to unmake” and is driven by an uncommon thread of allegories about family and love.

Fondly is comprised of two experimental novellas. “Gainesville” is the darkly whimsical tale of a Texas family’s bloodline from cradle to grave and back again. “In One Story, The Two Sisters” recasts two characters into new worlds and surrealistic circumstances again and again. Despite incidents of familial violence, both novellas explore the presence of humor often found in tragedies. Fondly pushes far beyond conventional storytelling to depict family and love as they are rarely seen: utterly raw, mystical, and wholly dysfunctional.

A performer as well as a writer, Winnette will make his first appearance with Atticus at the annual Association of Writers and Writing Programs (AWP) conference in Chicago February 29 – March 4.

“I’m thrilled to be working with Atticus Books on these novellas,” Winnette says. “They’re an enthusiastic and innovative crew, and they seem to work nonstop. And, to me, that’s a really good feeling.”

ABOUT THE AUTHOR
COLIN WINNETTE is a writer and performer living in Chicago. He was a finalist for the 1913 First Book award, and has published one novel, Revelation (Mutable Sound Press, 2011), and one collection of short prose, Animal Collection (Spork Press, 2012). Read more about Colin and his work at colinwinnette.com.

Atticus Books is a publishing house based in Kensington, Maryland that specializes in literary fiction. Atticus is run by founder and publisher Dan Cafaro and assistant editor Libby O’Neill. Visit us on the web at https://atticusbooks.net/.