Six Degrees Left: Is Amazon the Death of Literary Culture? Angela Williams: Just like any other small business, aspiring booksellers need solid business plans. If you want to open a bookstore, you need to research where your store would fit in best and reach out to that community before even attempting to rent space. Any good bookseller knows her audience. I’ve worked in four indies during the past eleven years and each one was wildly different due to location and the sociological makeup of the community.

Good indie bookstores are, in a way, an intellectual community center. If you have a community that already supports what you do before you open, it will smooth the road for you in all areas. You’ll have an idea of what books they’ll want to buy and if they mix with your own preferences. You’ll know if they want a cafe and a children’s storytime. You’ll know what kind of events you can get large audiences for. Then plan, plan, plan. Jessica [Stockton Bagnulo] and Rebecca [Fitting] at Greenlight [in Fort Greene, Brooklyn] asked for loans from community members, as well as a bank. They had a plan for paying everyone back.

Know that your profit margins will never be high but if you buy right and nail your demographics, you can do well for yourself. Hire the right staff. People who fit in with your store and neighborhood. And you need a great manager, owners! I know giving up that control can be scary but if you want your store to run well, it’s vital. Owning an independent bookstore is not a haphazard endeavor, especially not these days. If you want to compete, you will become the center of your community. You want to be loved because when you are, people will come to you before trying Amazon.

Is Amazon the enemy of book culture?

Karen Lillis: Is a public company that demands “constant growth” an enemy of small businesses? Is a huge business that diminishes diversity and kills its competition an enemy of a necessarily diverse culture? Yes and yes.

Indie bookstore owners have often said to me that they would welcome another independent bookstore (or two or three) opening around the corner or next door to them. That would bring a concentration of book browsers to the area and their business would rise overall, because book lovers would find unique emphases at each store. But businesses like Barnes & Noble and Amazon have a bottom line that dictates the way they do business. They have shareholders to answer to. If growth flatlines, the company’s stock plummets—growth must keep rising. So, public companies must remain cut-throat to survive. Which hurts the survival of the wider book culture as it kills the more unique bookstores. If Amazon could merely be a large marketplace with an excellent catalog, that would be a different story. I wouldn’t care if Amazon and indie bookstores could co-exist to serve different types of needs, but Amazon doesn’t want that. Amazon is set up to be a predatory business.

Amazon wants its name to be the first thing people think of when they think of books, a slippery slope for any large business but particularly this one since the company still lacks literary legitimacy. Any author who brokers a deal with Amazon comes under immediate scrutiny and rightfully so. This is a company that refuses to pay state sales taxes and has come under suspicion of mistreating warehouse employees. Things like this sully the reputation and legitimacy of any big business. We may not think it does but once a stigma is attached to a business name it costs them a lot of money (think rebranding and advertising).

Also, because Amazon employs underhanded techniques such as not making it clear to those who self-publish with them that their books are only available on the Amazon site or that the original Kindle doesn’t allow you to buy books from anyone but Amazon, it causes a backlash. Customers feel betrayed when they figure it out and this is where indies can jump in and get them to come back to us.

Karen Lillis: As for Amanda Hocking, she is a fascinating phenomenon and prolific writer that Amazon (and the current taste for vampire fiction) has certainly aided. But when we talk about Amazon aiding Chopra, Ferriss, and even Hocking—we’re still talking about helping a few authors sell millions, rather than helping a wider swath of worthy authors get published, or more quality publishers survive and thrive. Promoting bestsellers doesn’t cultivate a literary culture. It doesn’t broaden a conversation or make it more complex, it reduces it.

Angela Williams: But remember, people don’t want to be told what to do. You have to be positive and give them the option of going independent. You’d be surprised how many people that matters to. Also, let’s be realistic. People buy from all sorts of sources. We just want to make sure independent bookstores are one of them. 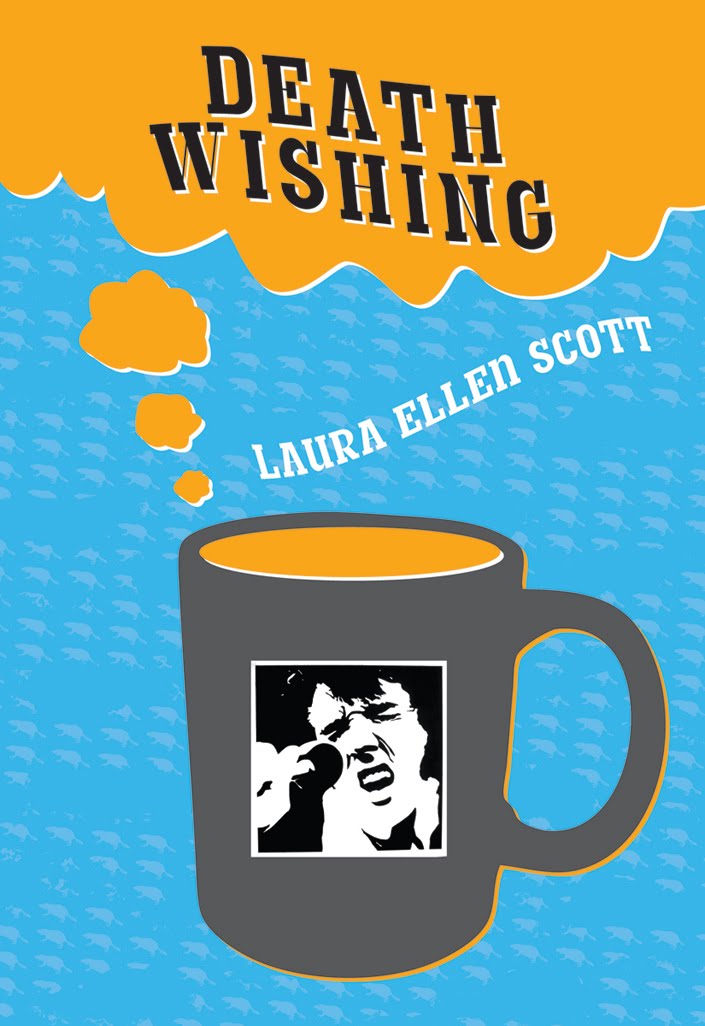 Laura, for the release of your novel Death Wishing, you ran a promotion that included giving away free e-copies of your book on Amazon. What led to the decision to provide free copies of your book rather than deeply discounted copies?

Laura Ellen Scott: First you have to realize that my context is within academia, wherein the currency is in critical attention rather than direct dollars, and my values are probably very different than that of non-academic affiliated authors. I’ll be the first to admit that as a writer I’m in a privileged, luxurious position. All I have to worry about is the artistic merit of my work. I had five minutes of doubt when Ig Publishing suggested we give away the e-book for two weeks, but after talking to my writing and scholar friends—all of whom were united in their opinion that the promotion was a good idea—and especially after discussing the scheme with my partner, Dean Taciuch, who teaches honors classes in technology and culture, my doubt vanished. The real risk was for the publishers, and their goal was to start people talking about the book and to create good will. Death Wishing doesn’t easily slot into market categories, so we needed to use every tool in the box to get attention.

How effective was the marketing campaign?

Laura Ellen Scott: Right now we do not have the hard numbers from the distributor, but the conservative estimate is that the book was downloaded in the tens of thousands during the free period. For several days it placed at number one in free literary fiction, ranked above Hawthorne, Poe, Dickens, etc., and that was great fun to see. Directly after the promotion, the e-book was offered for $4.99 and seemed to sell steadily—that’s an appropriate price, in my mind. It’s now back up to $8.99 and not doing nearly as well.

Print copy sales seem attached to bookstore and gallery readings. While I don’t “see” a lot of sales at some of the readings, there’s always a nice bump in the days after an in-person event. However, my book tour ended fairly abruptly when my tour partner decided he couldn’t continue.

Angela, you’re currently a bookseller at Politics & Prose, an independent bookstore in Washington,DC and your formerly worked as a buyer at McNally Jackson in New York City. How has Amazon impacted the way booksellers operate and the inventory and stocking choices you make?

Angela Williams: Know your readers. Who comes into your store and what do they like to buy? And how can you, as the buyer, give them what they want, as well as introduce them to new books that you love? Amazon can’t do that. They have a huge hit-or-miss percentage for any given person browsing the site.

Many people are overwhelmed by too much choice. That’s why a carefully curated bookstore is a delight to many customers, as well as a bookseller who can lead you to the book you didn’t even know you wanted. That builds trust. When you build trust, the customer comes to you first. It’s the building of a personal relationship between bookstore and community and bookseller and reader. No, we’re not “wham, bam, thank you, ma’am”, but we’ll help you find that book you heard about on NPR but can’t really remember anything about because we know what you like to read.

Independent bookstores that deal in used books, including my local independent bookstore, frequently partner with Amazon (and other online services such as Alibris). Politics & Prose doesn’t sell used books, but I’m curious on your thoughts about such a partnership. Is it worthwhile for bookstores to get in bed with a company that so overtly wants to put them out of business? Or is it better to, in the words of the old adage, keep your friends close and your enemies closer?

Angela Williams: I’m an advocate for never getting into bed with Amazon. Why shoot yourself in the foot? If you need to associate with a used-book dealer for your customers, always go independent. All independent book sources are a community, even if technically we’re competitors. The money cycles back into the individual communities much faster if we buy from independent sources.

While Politics & Prose doesn’t officially link to any used-book site, we do get many questions that lead to the out-of-print problem and I usually send them to Alibris. But we have the Espresso Book Machine now, which gives us another avenue to explore. The EBM is still a wildly untapped resource for independent bookstores that publishers (such as HarperCollins, who released a portion of their backlist recently) haven’t even scratched the surface of its potential. Imagine how much money we would all save on shipping alone if we could print backlist and print-on-demand books via the EBM? And customers would have their “get-it-now” wish fulfilled in such a fun way. Who wouldn’t want to see their book made especially for them? To know no other customers had their hands on it? Wonderful!