And the Raven’s Name Is… 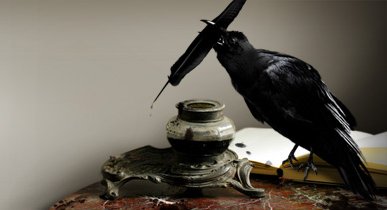 We recently changed our Twitter avatar to our ubiquitous black raven, the same feathered friend already headlining our website and our sister literary journal’s site, Atticus Review. We realized that if the raven is to be the face of our company, he (or she!) needs a name. After receiving more than thirty name suggestions through our friends on Twitter and Facebook, the Atticus staff turned to lengthy discussion and occasional fisticuffs to christen our raven. There were so many excellent name suggestions, however, that we’ve begun re-christening objects around the office with the runners-up.

And the raven’s name is….

(Thanks to Gina Choe for the suggestion!)

The Runners Up and Corresponding Office Objects Re-Named:

Thanks to everyone who suggested names!