On Publishing in Today’s Baffling Environment 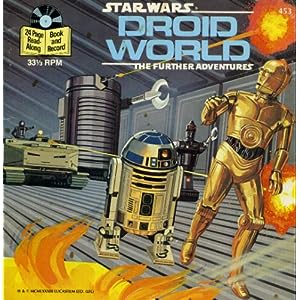 I retrieved your book proposal on my Android, a handheld device manufactured by Motorola, marketed by Verizon, and copyrighted and branded by Google with its ubiquitous logo carved into the back surface of the phone, just in case consumers doubted for a moment the world leader in all things cyberspace. A “Droid,” as you undoubtedly know if you have a gadget-minded niece or watch even just 10 minutes of television per day, is a smartphone with all the bells and whistles, though it does lack noticeably in the department of nooks and crannies. This sleek contraption is capable of snapping photos, shooting and downloading video, and accessing, storing and uploading files the size of 500-page manuscripts to ftp sites worldwide—with all of the coagulated ones and zeros whizzing digitally past, ad nauseam, on a 2″ by 3″ screen, via a satellite signal confiscated by an Internet service provider that bills me a “data charge” that would exceed most people’s monthly entertainment budgets. I think Droid even washes my car if I talk to it in just the right common-tone, late-night modulation. And oh yeah, E.T. call home, too.

I say all of this not so much to be a facetious blowhard, a lapsed Luddite, or to prove how terrible I would be as a Verizon pitchman (though all of the aforementioned do apply), but to illustrate a point or three, one of which you are well aware, but I will say anyway because obvious things worth knowing are worth repeating. This repetition of the obvious also allows you to shoot holes into the so-called obvious and disprove its conventional wisdom.

(Whew, that whole paragraph was a mouthful and I’m not sure it spewed forth any sense, but I’ll proceed as planned, so not to divert your attention or upset you, the submitting author or the blogosphere cart and buggy, sans the value-added apples. Aren’t we lucky the Internet is still free?)

The publishing industry is changing wickedly fast due mostly to the acceleration of technology—and the radically changing behaviors of each and every one of us who take residence in the modern reading world.

Yep, that last sentence was the obvious and I dutifully pointed it out. Now prepare yourself for the unexpected or at least the not-so-obvious issues surrounding the book industry. By the way, we someday may find it necessary to reclassify the book industry as the data transfer medium. (Though that may be a little too sci-fi sounding for some tastes, if the moon boot fits…) For now, let’s maintain the commonly accepted term “books” both out of pretense and more than a smidgeon of respect for the literary world’s checkered heritage.

I understand your primary concerns as a writer is for your work(s) to be published by a reputable publishing house, be preserved on library shelves (for as long as these institutions stand), and then perhaps be archived beside the works of other notable authors in an online repository.

Through Smashwords and many other sites, this latter ambition is achievable with or without a publisher. However by going it alone, it is likely that your e-book will receive little notice and recognition outside your family and friends without the backing of an objective, outside press. That’s why you came to me in the first place.

You, a writer of serious intent, want to see your book in print. You’re OK with the idea of e-book distribution, as long as your book also has an initial print run and has a shot at being displayed on the shelves of a brick and mortar bookstore. You’re not sure what you think of print-on-demand (POD) books, but you’ve heard a lot of industry scuttlebutt around the concept, and it’s mainly negative. Most large booksellers, the chains in particular, won’t even consider POD titles for their floor. There’s a perception out there that if your book was not deemed worthy enough for a publisher to invest an initial out-of-pocket printing cost, then it’s probably not worth the time of a bookseller to consider. Besides, print-on-demand books typically skirt the due diligence procedures of an established publishing house and fall more in the category of self-published books as they aren’t as attractive or professionally packaged as “regular books.”

Most of these yesteryear perceptions are bunk, but that’s what you’ve heard and the residue of that mentality remains, so independent presses, such as Atticus Books, invest significant resources into entering an arrangement with a distributor and making sure that we’re not labeled a print-on-demand publisher, even though the industry would run more efficiently and the environment would benefit if more of us operated under that premise.

Readers, of course, wouldn’t know the difference and would be perfectly fine with “digital short run” POD books. In fact, they’re perfectly fine with all of the dastardly changes going on in the book industry, save the shrinking number of indie bookshops. For certain, readers are not appalled or intimidated by progress in the ancient art of bookmaking—in fact, they’re on board with this whole off-board/no-board publishing model. After all, readers are book-buying consumers, and like brainy fashionistas, prefer choices—why do you think books come in so many categories, colors, sizes and formats?

(Quick note to establishment types and money-grubbing, forest-pillaging capitalists: get over it.)

Independent publishers and booksellers, along with authors interested in self-preservation, too are OK with going green. It’s not as sexy as the old way of doing things, what with three-martini lunches and high-quantity clothbound, jacketed editions. (Thankfully, those measures of success died in the Eighties or was it the Fifties?)

Yeah, we of the nimble press mindset are dealing with the whole lower-volume, higher-margin ROI concept of e-books, but the pricing model needs to stabilize for consumers to understand the value. In my estimate, too much is being given away. Piracy also remains a legitimate concern, but title obscurity and bankruptcy remain a much greater threat to publishers and authors than the theft of digital files.

Today, a publisher’s chief responsibility is to create portals for readers to enter from as many directions as possible, both intellectually and virtually speaking. We’d be remiss to put our eggs into one basket (one business model, one product-deliverable solution) when we’re not sure we’ll even recognize the basket, no less the eggs, in a handful of years.

Besides, if our collective mission as literary presses truly is to share stories that need to be heard, then who cares how the words are consumed or digested?

All of the industry players, from editors to designers to typesetters, are adapting (or already have adapted) their thinking and operational processes to accommodate this new e-sanity. Now we haven’t exactly rolled with these changes, mind you, but we’ve accepted them and, unlike rumors of zombies, these buggers are here to stay. (Perhaps I underestimate the zombie phenomenon.) 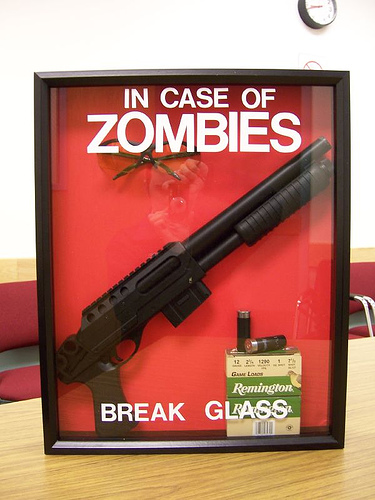 The book is not dead, nor comatose, so spare us the drama and headlines. No need for a funeral, nor consoling phases of emotion after a death. For book industry insiders, the e-volution is yesterday’s news, a drop cloth for the birdcage. Instead of being afraid of this transformation, we’re all a bit relieved. Even the print purists whose resistance to e-books is palpable (pulpable?) are bound to this boundless format without having to be gagged.

Most literary presses will protect printed matter to the death, not only because old habits die hard but because we’re nostalgic creatures with an undying appreciation for the fine, tactile arts. But e-books are now part of the equation and no calculator or spreadsheet can change that societally-driven, economic reality.

People’s desire for storytelling isn’t go anywhere anytime soon. It’s how people crave to receive content and how we, as creators and curators, choose to supply it that will continue to evolve. There’s nothing new or groundbreaking about this concept; it’s just that our systems of communication are barreling down the superinformation highway (even that terms seems passé) at breakneck speed and the old model (print production, storage and distribution, specifically) is broken, if not irreparably damaged.

One inventive solution for book retailers (and perhaps deep-pocketed, long-tail thinking publishers) to counter the broken distribution model is the espresso book machine (EBM). With its direct-to-consumer distribution and print model, the EBM (essentially an ATM for books) replaces the inefficient and centralized supply chain for the distribution of books – largely unchanged since Gutenberg – with a radically decentralized direct-to-consumer retail model in which content is fully distributed electronically at point of sale and converted into a paperback book.

Does that mean print-on-demand or a variation thereof is the only viable solution for publishers of literary fiction to stay in business? In part, yes. But in larger part, I think it’s the leveraging and repurposing of content that should keep authors and publishing houses afloat.

Product innovation will become publishing’s new paradigm. A hybrid climax of film, art, music, literature & games, spearheaded by thought leaders of interactive multimedia. And it all starts with an author’s imagination, a few words on the page.

Atticus Books is still mastering the tried and true way in order to fully prepare for the new. We work with a typesetter that lays out our titles for print and e-enables the files (in EPUB format) to be compatible with various handhelds and other environments (e.g., Desktop/Mobile, Kindle, etc). EPUB is becoming the industry standard, much like PDF is the PC user standard for creating and distributing documents. But don’t think for a moment that we’re taking this so-called industry standard for granted. Ten years ago, writers who opted to publish their manuscripts with Online Originals now have their e-books available only to Palm Pilot readers. A decade ago, Palm Pilot may have been the best choice a publisher and author could make to be considered cutting edge. Today it’s a laggard among readers. And the future, even short-term, remains a G.K. Chesterton mystery worthy of Father Brown sleuthing.

So where does this leave us: you, the unpublished writer, and me, the well-meaning publisher? How do you get your work in the public eye and keep it there? If I’m impressed by your skills and fortitude as a writer, and equally smitten by your integrity, marketing savvy, and platform, then sure, I’m more than open to the idea of working together.

To start, send me a sample of your writing for us to consider for online publication. Once you hurdle that stage, then I propose you offer us a chance to evaluate your entire manuscript for print and e-publication. If we’re enamored by what we read and delighted by the prospects of publishing your work, then we’ll offer you a book contract. If you think the terms are fair, then sign with us. It’s really quite simple to get your novel published, as long as you’re willing to play the game and leave your hands in the fate of Droid, Google, and the metafictional powers that be.

See you on the small screen,
Dan