KENSINGTON, MD — Eric D. Goodman has spent years on the road, reading stories and winning praise from scores of listeners. The long-time Baltimore resident is a versatile writer with a successful weblog, Writeful, a children’s book, Flightless Goose, and a great knack for performing public readings of his works. He now has found a place to lay his Tracks, his first novel in stories.

Independent press Atticus Books, a Maryland-based publishing house, is thrilled to announce that Goodman’s debut novel, Tracks—described by one reviewer as a “Tarantino-style ‘Love Actually’ meets literary fiction”—will be among its highly anticipated 2011 summer releases.

“Eric has a natural gift of being a fine storyteller who knows how to speak volumes in short spurts,” says Dan Cafaro, founding publisher of Atticus Books. “He understands that as a novelist, you don’t always have to run a marathon to go the distance. Sometimes a series of sprints will get you to the finish line, too.”

Tracks takes place on an Amtrak train traveling from Baltimore to Chicago. Each story is told from the perspective of a passenger on the train. They are the strangers we meet every day: a soldier, a salesman, a former mobster, a Holocaust survivor, couples in love, a woman who has lost her parents, a writer, a hit man. These and other characters fill the train with emotion and complexity.

In Tracks, Goodman has interweaved stories and connects his readers to the characters by bringing them to life, not only through his fluid, engaging writing, but in the delivery of his vibrant, animated readings. Described by WYPR as “a regular on the Baltimore literary scene,” Goodman frequently reads his fiction in venues all over the area such as the Baltimore Book Festival, the Baltimore Authors Showcase, the Patterson Theater, XandO, Ukazoo, Cyclops, the Festival of Trees, the CityLit Festival, and the Watermark Gallery.

From nefarious goings-on in a Fells Point row house to prestigious partying on Federal Hill, Goodman’s Baltimore is immediately recognizable and real.

“On one hand, Eric’s created a straight-forward collection of first-person narratives that works superbly on its own, as a group of standalone pieces,” Cafaro says. “On the other [hand], his stories become even more powerful by his seamlessly linking and intersecting these lives on a passenger train. Through this authentic technique, he paints a rich tapestry of vignettes: a cross-cultural, boundary-breaking snapshot of everyday, yet colorful people on an imagery-filled, life-changing journey.” 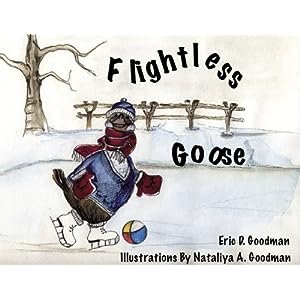 ABOUT THE AUTHOR
Eric D. Goodman is an American writer of literary fiction, commercial fiction, childrens’ literature, and non-fiction. He writes a weekly “Lit Bit” column for Gather and a “Literary Life” column for Coloquio.

Goodman’s “Cicadas” leads off the Maryland Writers’ Association’s first book, New Lines from the Old Line State: An Anthology of Maryland Writers. You can hear Eric read “Cicadas” here, as featured on The Signal broadcast by National Public Radio (NPR). 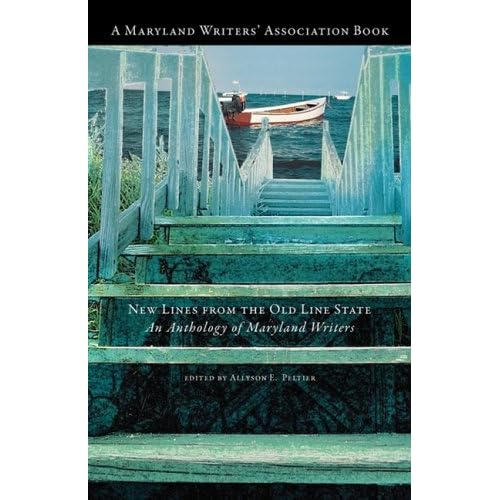 You also can listen here to Eric reading “A Good Beer Needs a Good Stein” from Tracks, also featured on NPR’s The Signal.