Daring to Read One Peach of a Book

Order your copy today through our distributor or via Amazon. Daring to Eat a Peach: A Novel
By Joseph Zeppetello

KENSINGTON, MD — A handful of friends are pushed and pulled together, then driven apart by choice and circumstance.  They walk into and out of each other’s lives with personal baggage, professional purpose and no certain outcome.  They either act upon their impulses and change their surroundings or they bite their lips and perpetuate their status quo.

Perched like birds on a wire at the “serious relationship” crossroads, two fickle couples grope for meaning and direction, while one steadfast patriot loses his footing, along with his desire to serve overseas, only to later find a higher ground in a familiar place.

Image credit: The work of Thomas Deerinck as interpreted by artist C. Sharp

Daring to Eat a Peach is a reverberating multiple character-study of a novel that shines a soft light on the situations in which people find themselves, and humbly asks the eternal question raised by poets, philosophers and lay people alike:  “How did I get here?”

It is reminiscent of Lawrence Kasdan’s masterful treatment of the life forces that surround us in the tender films, The Big Chill and Grand Canyon, with the makings of a memorable ensemble cast.

Protagonist Denton Pike, a divorced translator, makes a life-altering decision out of necessity.  (Or is dumb luck the mother of his reinvention?)  Judy, his girlfriend, stands pat out of ritual and convenience.  (Or are the fresh wounds of her first marriage inhibiting her to move on?)

Rita Castillo, a Spanish language expert and single mother, wants nothing more than to leave uncompromised her station in the universe.  (Or are her fears and denial symptomatic of raising a child on her own?)  Peter, a roving journalist and unreliable partner, is consumed by ideals and a passion for truth.  (Or is he simply callous and self-absorbed?)

Is there any just explanation for the unlikely chain of events that connects and divides these intelligent, but driftless souls?  Is it fate?  Coincidence?  Both?  Neither?

Could the concept of cause and effect merely be a tidy rationale for random neurons of sexual energy colliding in the night?

“Objects at rest will stay at rest and objects in motion will stay in motion … unless an outside force acts upon it.”

With spare, tightly written sentences, Zeppetello’s prose sparkles with a Raymond Carver-like economic use of language. The effortless dialogue speaks volumes about human nature while the reader becomes the proverbial fly on the wall.

Daring to Eat a Peach gradually unveils each major character’s motivations while blending their checkered pasts with their tilted present.  The work illuminates man’s daily struggles to make the right choices in life.  Especially when, in a split-atom moment of kinetic inertia, he is being steered wrong.

“Shall I part my hair behind? Do I dare to eat a peach?” 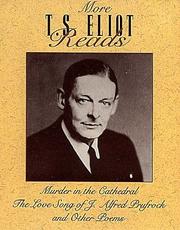 The Love Song of J. Alfred Prufrock inspired author Joseph Zeppetello to write the novel, Daring to Eat a Peach.

ABOUT THE AUTHOR
Joseph Zeppetello is the Director of Writing at Marist College in Poughkeepsie, New York. He is the author of short stories published in Iron Horse (Texas Tech University), The Little Magazine, and Copper Nickel: A Journal of Art and Literature, published by the students and faculty at the University of Colorado. He received his cross-disciplinary DA degree in Composition Studies and Philosophy from the State University of New York at Albany.