KENSINGTON, MD — I heard from a writer that today is National Writing Day. You’d think as a publisher, I would have known that or heard about it before dinnertime, but at least the entire light of day hasn’t gotten past me.

So what makes today any different than, say, yesterday? I mean, if you’re a writer, then every day should be National Writing Day, right? Um, er, well, if you’re like me, then the guilt and remorse that accompany that statement—if, in fact, you don’t write every day—should be enough to make you gag on your overcooked bratwurst.

National Writing Day indeed is a cruel holiday for those as undisciplined and divided as me, a lapsed, pro-embryonic stem cell-extracting Catholic who eats meat on Good Friday and wouldn’t know a moral dilemma if it hit him square in the testicles.

And if you’re not a writer, then you probably equate writing with a grueling, mind-numbing task, an unbalanced checkbook or a grocery list. Or perhaps you see it as an arcane art practiced by your Windowless ancestors and, like the Caribbean Monk Seal and Humpback Whale, the act of writing for writing’s sake appears Kevorkian-like ready to join a Wikipedia list of things endangered, soon-to-be mercifully extinct. That is, if you’re like most people who haven’t much patience, nor aptitude, for the stodgy, sacred rules of the stodgy, sacred English language, you probably prefer texting to writing e-mails. You opt to text, not because you can’t write, but you figure it gives you an out, an excuse for those nerdy friends who critically read entire messages and quietly edit them, thinking that they’re saving civilization in the process.

So, on this Day of National Writing, I declare a war on words. Let’s face it: The art of letter writing, people, is passé, mostly because it requires time and effort, and if you haven’t noticed lately, those are in short supply today.

And, of course, that old tired act of writing longhand is deader than a California Condor. Ink, paper, legible handwriting … all wasteful and all nonsense! These primitive tools and that painstakingly learned elementary school skill simply have no place anymore in this modern age of Google-engorged gadgetry.

So I say goodbye and good riddance to National Writing Day. With apologies to The Graduate (though with the occupation of writing all but kaput, little does plagiarism matter):

“I just want to say one word to you. Just one word. Are you listening?” 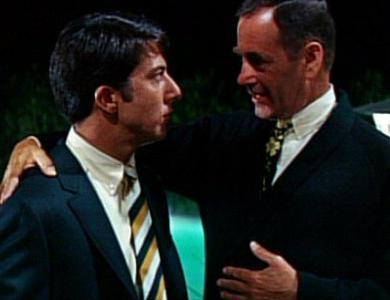