“Jordan [Tohline] brings a vibrant energy and dream-big attitude to our eclectic literary ranks,” said Dan Cafaro, founding publisher of Atticus Books. “He passes with flying colors our No. 1 litmus test for a young, emerging writer: he eats, breathes, and sleeps literature, and knows how to put his mark on each creative work. ”

Prior to signing a publishing contract, Tohline, 25, managed to create a vast social network of enthusiastic readers through Facebook, Twitter, and his inspiring blog, “thoughts on literature, life and being awesome.” On his website, the first thing a guest spots is the opening lyric to The Beatles song, “Across the Universe.” The design replicates the world according to JM Tohline: warm, inviting and über-creative. 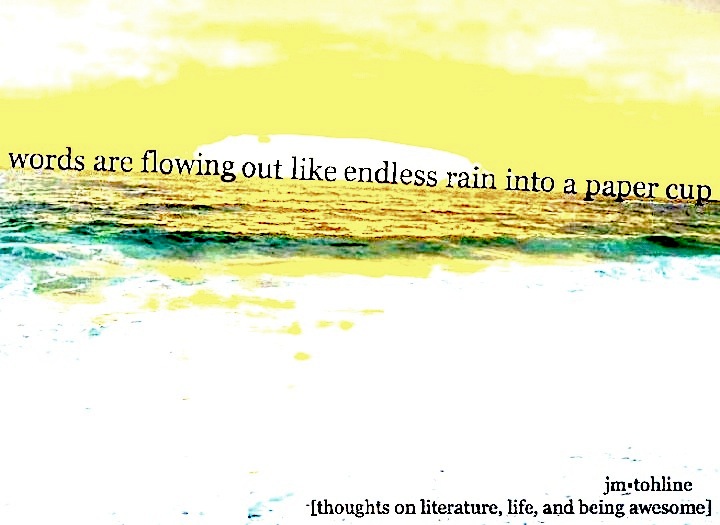 Given the originality and palpable passion that define his life and online presence, it is only fitting that Tohline’s first project with Atticus Books would be spawned by his ingenuity. Six months ago, Tohline encouraged some fellow writers and followers to collaborate on an experimental story thread. The result, a surprisingly cohesive piece called, “The Storyteller,” was posted on the Atticus website in June and is a fine example of Tohline’s ability to take initiative and lead a community of supportive, talented contemporaries.

“Jordan pushes the boundaries of conventionality and has fun with the written word,” Cafaro says. “More importantly, he knows how to win over his audience by putting himself in their shoes while at the same time refining his craft and sticking to his storytelling objective.”

Tohline’s forthcoming novel, The Great Lenore, tells the story of a beautiful young Brit whose unhappy existence with a spoiled, cheating husband is brought to an abrupt end when her flight from London to Boston crashes halfway over the Atlantic. Yet, despite official records that declare her dead, Lenore is very much alive and well and offered a unique circumstance— to start fresh and attend her own funeral.

Told through the eyes and actions of Richard, a complex and likeable narrator, readers witness the money-and-booze sodden world of Nantucket high society. In Tohline’s words, the book is about “affluence, love, grief, and the duplicity that underscores the entire wave of humanity. [It] is about dreams, and about the things we sacrifice to chase them.”