‘Off the Page’ with Kilgore Trout and Wiggs Dannyboy 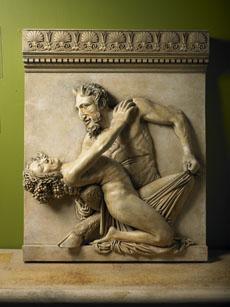 Joining Dr. Dannyboy and Mr. Trout was metafictional newcomer Cyrus Duffleman of Philadelphia, a late unplanned panel substitute for Atticus Finch. According to Mr. Finch’s spokesperson, the Maycomb County (Ga.) attorney hedged on bowing out of the indefinite affair due to pending negotiations and the questionable ethics of an endorsement deal with the event’s host, a small literary press in the Washington, D.C., suburbs.

Dr. Dannyboy, long affiliated with the Last Laugh Foundation, is the notorious anthropologist in the Tom Robbins epic, Jitterbug Perfume; Mr. Trout, arguably the most beloved and respected science fiction writer to come and go on this planet, appears courtesy of Kurt Vonnegut’s blessed farce, Breakfast of Champions, or Goodbye, Blue Monday; and Adjunct Duffleman, the current print fugitive trolling the Worldwide Web both day and night (see related story), is the skittish antihero of Alex Kudera’s forthcoming novel, Fight for Your Long Day.

Atticus Books: Gentleman, good day. I’d like to begin today’s “Off the Page” discussion with a simple question: What inspires you to get up in the morning?

Dr. Dannyboy: Hmm, no Kudra I see. Fair enough, though I was made to think she’d make an appearance. She’s sure to materialize at some point. My daughter nags me to drop in unexpectedly on these flimsily organized forums more often. The publicity’s good for the institution, Huxley Anne says, but I see no point in concerted promotion. I’m a firm believer that people will find you as soon as their subatomic particles rightly transmit electrical pulses to your organism.

Where were we? Oh, of course. What gets me going in the a.m.? I myself am moved by breathing, bathing, dining, and screwing, in no particular order. Those are the primary reasons I leave and often stay in bed in the morning. If you must know, I routinely get it up, so to alter my cellular amperage and vibrate at optimum levels for pleasure and longevity.

Mr. Trout (dressed in a tuxedo one size too large): I believe we were asked what inspires us to “get up,” not “get it up,” Dannyboy. Ha. But I suppose you were determined to raise at least one eyebrow today. It must fill such a need for you, this topic, like me being made to flick a switch to a sex machine. (nods and winks) The Irish, they sure know how to live.

The purpose of any of us getting up in the morning, as any fool could tell you, is to be the eyes and ears and conscience of the creator of the universe.

Adjunct Duffleman (after a hefty, audible sigh): I’m a bit out of my element here, but hell, I’ll give it a go. Bills are mostly what inspire me to get out of bed in the morning. The fear of eviction, my alarm clock. I suppose grading papers, too, and interacting with my more (ahem) capable students. These intimate encounters, though inevitably fleeting, drive me to get up. The outside chance of an affair with a young … (beginning to perspire noticeably) Do we get to edit our comments later?

Atticus Books: Why beat around the bush? We’re sitting here with men of substance, cardboard cutouts perhaps, but substance just the same. Let’s cut to the heart of the matter. Does mankind have much hope?

Dr. Dannyboy: Well, it is sad how many of us are made to limit our worldview and focus on life in this capacity. I’ll stay grounded, however, to please the mortals.

Only if people begin finding more joy in life, only if they become more curious about things, only then is there hope for civilization. Without joy and curiosity, what’s left? The unreported suicide rate is what, 90%?

Mr. Trout: I’ll be damned. That’s a rather large number. I’m impressed. It seems like the only kind of job an American can get these days is committing suicide in one way or another.

Dr. Dannyboy: Most ice cubes lose the will to live, that’s what kills them in the end, not heat. Without passion, the subconscious becomes a cesspool for disease, accidents, violence.

Adjunt Duffleman: If the terrorists don’t do us in, my money’s on the government. Though I only have $12.34 to wager, and on my teacher wages …

Mr. Trout: Hail to the chief!

Dr. Dannyboy: Oh bloody hell, Kilgore, deluge is not the same as flood!

Adjunct Duffleman (visibly disgusted, shuffling through papers): According to my notes here, now we’re on to synonyms.

Atticus Books: Mr. Trout, Dr. Dannyboy, I think we’re losing our listening audience. Your more diligent readers may pick up on these arcane references, but please, refrain from quoting directly from your stories. Let’s try to stay on topic, shall we?

Mr. Trout: Forgive us the outburst; we should know better, especially a couple of frat brothers like Dannyboy and me. Sometimes it’s hard to rewire the programming. We’re all hardwired, you know. No matter how free your creator says you are.

Dr. Dannyboy: Positive thoughts, I dare say. The fairies are watching. And they’re as white as God’s belly.

Adjunct Duffleman (excusing himself): Oh my, I need to go to the bathroom.

Dr. Dannyboy: I hope he derives pleasure in there. It’s the key to a long life.

Dr. Dannyboy (begins to undress): I too have got to take a leak.

Mr. Trout (now wearing sunglasses): Back where I come from, in Bermuda, what you just said means that you too are going to steal a mirror.

Atticus Books: Direct attribution, Mr. Vonnegut, and special thanks to his dad, rest his soul.

Atticus Finch (appearing literally out of thin air): You never really understand a person until you consider things from his point of view – until you climb into his skin and walk around in it.

Dr. Dannyboy (completely undressed): The universe does not have laws. It has habits.

Kudra (swooping in and joining hands with Dr. Dannyboy, in the voice of the Greek god, Pan): And habits are made to be broken.

Rastafarian rain dancer (lifted from the pages of Duffy’s book): Amen, sister, there is work to be done.

Atticus Books: And so it goes.