KENSINGTON, MD — Atticus Books is pleased to announce that it has reached an agreement with Randall DeVallance to publish his book, The Absent Traveler: A Novella & Other Stories. DeVallance joins Alex Kudera and Joseph Zeppetello as authors who have signed to publish their literary works with Atticus Books in 2010.

DeVallance, a New York City resident, is the author of the short novel, Dive, published by Exquisite Cadaver Press in 2004, and the short-story collection, Sketches of Invalids (2007). His stories have appeared in several anthologies and more than 30 print and online publications including McSweeney’s, Pindeldyboz, Eyeshot, Vestal Review, and Word Riot. 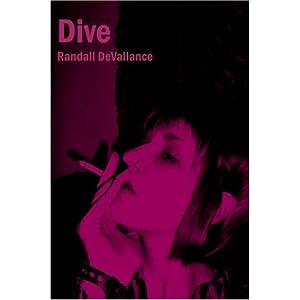 “Having a writer’s writer like Randy [DeVallance] join us is a moral victory for our start-up press,” said Dan Cafaro, publisher of Atticus Books. “We’re a house that wants to build a stable of authors with styles and storylines so far-ranging, it would be impossible to pigeonhole us. Our goal is to produce lasting works of fiction that are genre-busting and mainstream-accessible. Landing someone as talented and capable as Randy helps us inch closer to reaching that objective.”

DeVallance, a graduate of Edinboro University, once served with the Peace Corps in Bulgaria. The Eastern European country provides an exotic backdrop for the parallel world that he so intricately creates in his forthcoming novella.

The Absent Traveler is the story of Charles Lime, a 20-something, 24-hour-a-day escapist who has little drive, less money and few prospects. Charles spends much of his mundane hours at a local electronics store, ringing up customers at the cash register and getting into trouble with his boss and co-workers.

Charles mostly tries to avoid personal encounters and wanders the drab city streets of Western Pennsylvania in a dream-like, entranced state. Each night he reads travel stories, alone in his small boarding room, seeking shelter from his hateful father and his lush of a landlady. As Charles reads, he invariably drifts off and enters an alter life filled with adventure and Serbian pop music in a land far away from his dull, small-town existence.

As Jasmine, a desired damsel in The Absent Traveler, says in quoting Saint Augustine to the intransient main character: “The world is a book, and those who do not travel read only a page.”

A mixed-up heart and a distracted mind cause Charles to lose all sense of responsibility as he faces possible eviction from his basement apartment. With his life in tatters, Charles retreats to the place he knows best, the safety of his books, where he is free to let his imagination carry him to distant lands. Reality, or what may pass for it, matters little to Charles who grows to find solace in permanent escape. Whether he can find his way back to the only place he has ever known becomes an altogether different matter.