A Gathering of Like-Minded Literary Folks 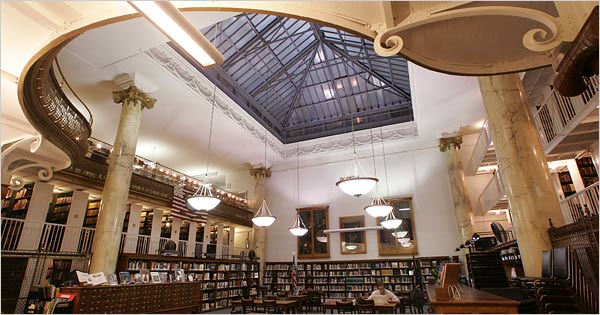 I just returned from an inspiring weekend in New York City where I attended the 22nd annual Indie & Small Press Book Fair hosted by the New York Center for Independent Publishing (CIP) at the General Society Library, pictured above. The too-little-advertised event featured some 50 exhibitors, along with dozens of writers and other trade professionals, with a strikingly common purpose: Carry on the written word with integrity.

In addition to workshops and readings, the show provided a fine opportunity for me to network with mostly independent Manhattan-based book publishers and authors of like mind and spirit.

As with any industry conference, where like feathers flock together, I connected with certain individuals whose dedication to the printed word help stoke my passion for the publishing profession. These are people who ooze creativity, talent and sincerity and make me feel outrageously fortunate to now be part of this little slice of the NYC literary world. They made the experience of traveling 3.5 hours via rails from Union Station (Washington, D.C.) to Penn Station feel more like a life-altering journey than a tiresome business trip.

The colorful personalities behind the small presses and agencies who helped embolden me and my decision to start up Atticus Books include:

Charles Salzberg of Greenpoint Press, a subsidiary of the New York Writers Workshop. I am grateful to Charles for handing me a copy of Dan Wakefield’s New York in the Fifties, an historic gem that describes the heady days of art and literature in Greenwich Village.

Terence Hawkins, author of The Rage of Achilles, published by Casperian Books

Canadian author Stuart Ross who represented Anvil Press which published his Confessions of a Small Press Racketeer in 2005. Stuart is a frequent contributor to subTerrain, a fine literary magazine published in Vancouver.

Fractious Press, which recently released I Like to Keep My Troubles on the Windy Side of Things, a nifty collection of short fiction by Buzz Poole

Host Publications, producer of the literary journal, The Dirty Goat